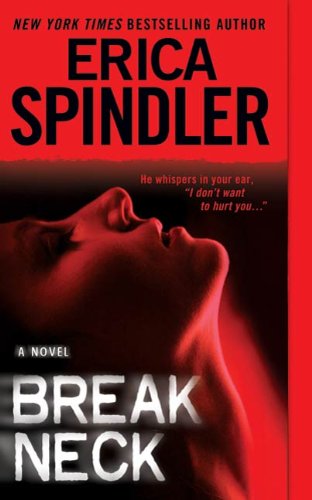 The thing about me and book series is that I just couldn’t wait, so when I finished reading Copycat I immediately started reading Breakneck which is the second installment of the Kitt Lundren series.

Detective Kitt Lundgren and Detective Mary Catherine (M.C) Riggio partnered up again to a crime that involves young adults who are seemingly involved in illegal activities. After called up to Matt Martin’s apartment who was found dead as if he was sleeping on his bed but with his neck broken, partners Kitt and M.C were at a lost as they couldn’t find a motive because the young man’s criminal record was clean. Until at the night of M.C’s engagement party, her fiance Dan Gallo was shot on the head and not long after that M.C found her cousin, Tommy Mariano, dead on his bath tub with a shot also on the head. Then more bodies of young adults found. The case has become too close and too much for M.C that it eventually affected her and her relationship with Kitt. M.C must know who to trust and to decide whether to uphold the law or take it on her own hands.

Breakneck is the second book in the series but it can be read on its own. Breakneck was more focused on M.C and I think her character have shine in here and was explored more brought by the so much emotions that have put on her way. She showed how tough she can be, trying to hang in there despite all the things that she was going through and she also showed how fragile and vulnerable she was, always tempted to breakdown but of course being the woman that she was, she just wouldn’t let it happen. This book also showed another side of Kitt Lundgren’s character. I like how she always has M.C’s back, supporting her and always reminding her to not let the case consume her ‘cause Kitt had been there and knew that it was no good place to be. It also seemed to me that Kitt was more relax in here yet have the same fire to catch the suspect.

In this book, trust was a sensitive issue. You just don’t know who to trust. The story threw the characters in a series of doubt. I also like the idea that the matter involved in the story which was cyberthief, hacking and cracking, can be applied on this modern day which gave the readers lessons to learn and I  applaud that.

Breakneck is another fast-paced and thrilling read penned by Erica Spindler and another book that didn’t disappoint. It had me guessing as to who the culprit was, and when you thought you had him, turn to the next page and you’ll find out your wrong. I actually liked the twist in the end which is a big clap clap. It was an enjoyable read from the beginning up to the end. Would I recommend it? Of course I will because why not? It’s a great read.

A confused young adult woman who is trying her best to find her place in this world. View all posts by Gerry Ajesta